Titanium Storage is owned and operated by team Josie Martin and Ricky Moses, long-time residents of the Yukon, both raised in Mayo. Josie and Ricky appreciate the storage needs of not only locals but also new residents, business owners, and visitors. For example, the couple has worked with a world-renowned Spanish guiding company for help in launching their Yukon River trip to the Bering Sea. They have entertained and facilitated storage and moving for doctors, PHd’s, business owners, single parents, new homeowners, clients of social assistance, and charities. Client journeys are vast and rich with stories.” Not only do Ricky and Josie, take the time to understand client’s needs, they act as much as possible to help provide solutions.

Because of this follow-through or value-added service that clients receive, Titanium Storage has become highly recommended as Whitehorse’s most welcoming, user-friendly, and accessible storage facility. The company’s clients range from environmental businesses, Government and mining offices, and non-profit organizations to professional condo dwellers and homeowners to low income single-parent families and students.

Josie and Ricky strive to meet customer requests, needs, and desires every day of the week. The company is growing toward providing full-service hours along with a storefront with an inventory of packing supplies. In the meantime, the owners have implemented a lunch hour office hour for clients to drop in. Customers are further assisted by appointment at other times during the day, evenings, and weekends. The current primary development goal of Titanium Storage is to hire a full-time office person once Phase 3 development is complete by 2022.

Josie and Ricky discovered the demand for accessible downtown storage from a journey of their own storage needs when moving to combine households. This need included storage of tools, outdoor gear, the histories of older children, business documents, and other significant belongings. These items needed to be accessible, but there was no room in the new home space, and convenient storage was not an offering to be found. This lack of option sparked the idea to build a convenient storage park; however, once the plan was in motion, the project was not so simple after all. Though, the combined tenacious research showing viability and a joint venture arrangement providing access to capital enabled the development of Whitehorse’s first downtown storage park. Phase one, out of a three-phase development plan, was completed in November 2011 with the offering of 120 units for lease.

The feverish building season was rigorous, as it always is in the Yukon, and managing the construction of the six stage-one storage buildings was no different.

In 2014, Josie and Ricky were proud to say they purchased their joint venture partner’s shares to become sole owners of Titanium Storage. Now, continuing to look for growth opportunities, the owners, again, after the same feverish pattern of seasonal construction, completed Phase 2. This expansion, consisting of an additional 60 storage units, is complete and operating at capacity. Now in 2019, and with the same urgency of activity, Phase 3 consisting of 247 units is almost complete. 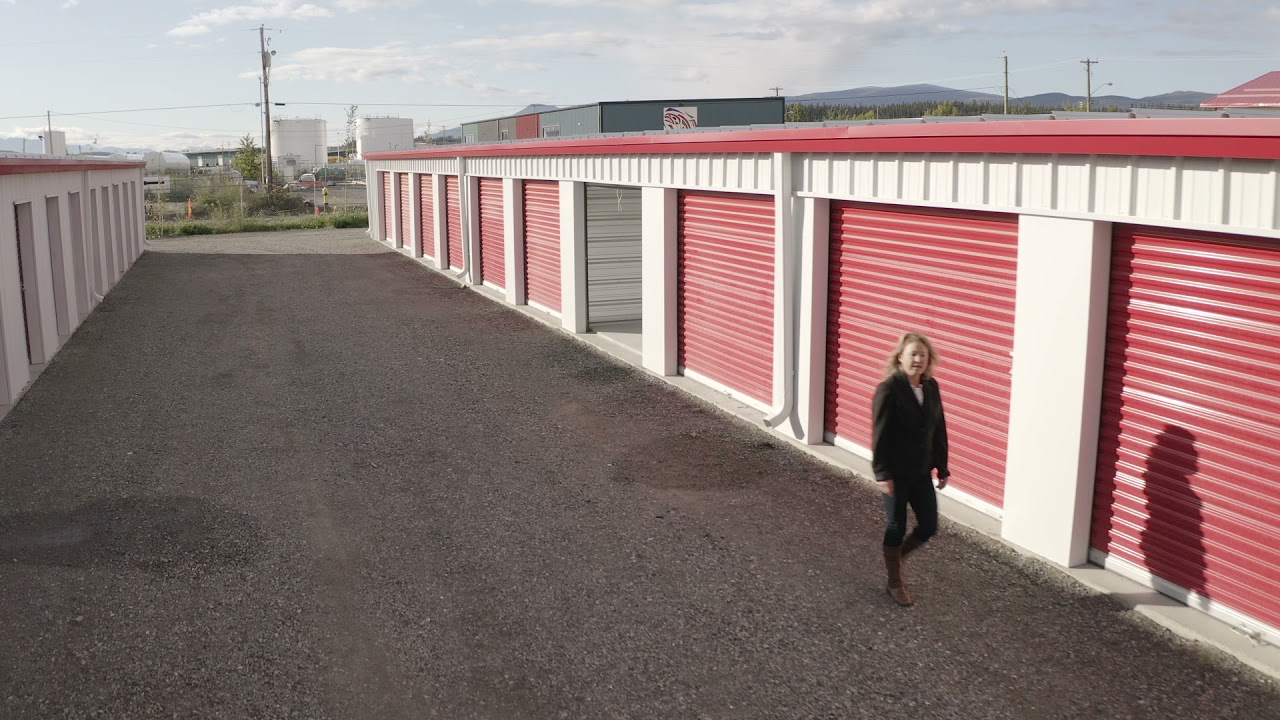 Titanium Storage has become Whitehorse’s most convenient and accessible storage facility. Various locker sizes are available for monthly lease with 24-hour access and no obligation for pre-payment, move-in, or move out dates. Titanium Storage also provides short and long term outdoor parking solutions with again with 24-hour access.  The security of access privileges is monitored by a virtual computer interface and cameras, allowing customers to feel comfortable accessing their spaces anytime day or night!